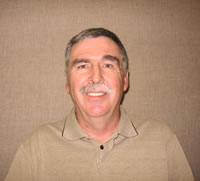 Tony Harwood is a member of the Blackfeet Tribes. He started his forestry/fire management career in 1970 as an emergency fire fighter at the Blackfeet Indian Agency. In 1975, Tony received a B.A. in Journalism from the University of Montana. Four years later, he was hired as a Bureau of Indian Affairs (BIA), Flathead Agency Timber Sales Officer. He later served as the Wildland Fuels Specialist from 1990 to 2001 and the Fire Program Manager from 2001-2007. Tony is currently the Division Manager for Forest Inventory and Planning for the Confederated Salish and Kootenai Tribes.

Tony is still very active in prescribed fire and fire suppression activities with qualifications as an Operations Section Chief (Type 2), Fire Behavior Analyst, and Type 1 Burn Boss. For the Cohesive Strategy, Tony has served on the Wildland Fire Leadership Council since 2010 and the Western Regional Strategy Committee since 2011.

Tony is the BIA/Tribal representative of the National Wildfire Coordinating Group fire behavior subcommittee. He has participated in Intertribal Timber Council activities since 1980. In his spare time, Tony likes salmon fishing, hiking, and big game hunting.